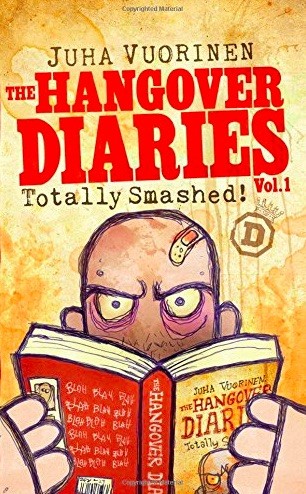 That wild Finnish book everyone’s been talking about for years - The Hangover Diaries, vol. 1: Totally Smashed!

You are looking at a hugely popular cult classic. It was supposed to be a blog for a small group of people about drinking and hangovers, but it blew up like a North Korean dictator’s head and turned into an all-time Finnish favorite. For a whole decade the first volume of The Hangover Diaries (Juoppohullun päiväkirja in Finnish) was always on the top 10 list of paperbacks, and is currently one of the bestselling books of all time in Finland.

The crude humor of The Hangover Diaries has struck the hearts of all kinds of readers so deep making Juha Vuorinen become the most popular author among Finnish prisoners and his books the most stolen from libraries. Vuorinen is still not a member of the Union of Finnish Writers, a professional organization of fiction authors, even though he has sold over 2 million copies of his books in Finland alone.

The Hangover Diaries drops readers off in the middle of the chaotic world of Juha Berg, a guy who wavers between being drunk and hungover, decides to be a man-whore, almost gets it in the face and in the ass at a gay club and of course has to fall head-over-heels in love with a girl from AA - but does that stop him from boozing it up? As the book sets off, we get a glimpse into Juha’s insane life and also into how those crazy resilient Finns try to drink themselves sober!

"I opened The Hangover Diaries when I was dead tired after a weekend festival. It made me laugh so hard, I had to wake up my buddies and read the insanity to them." - A Finnish fan 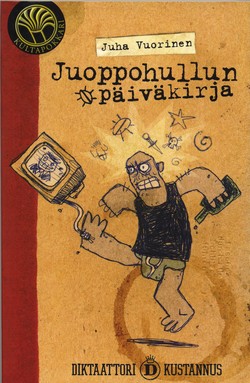 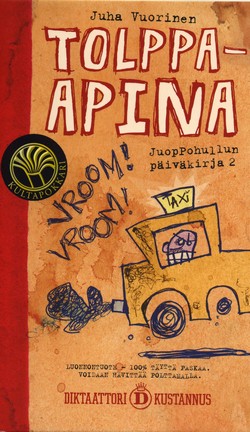