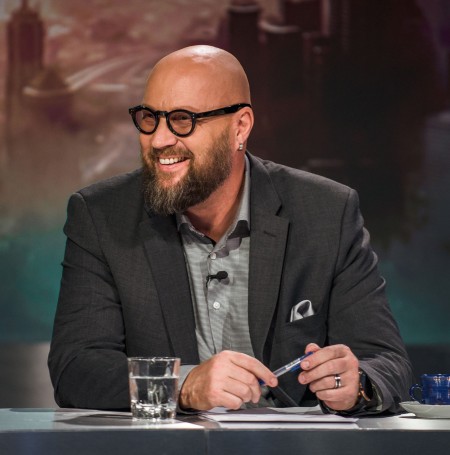 Juha Vuorinen (born 1967) fearlessly threw himself in to a writing career sometime after he began tapping out a fictitious blog in 1998 called Juoppohullun päiväkirja. It didn’t take long for this online diary of a man with an insatiable thirst for booze to become a huge success, and he half unwillingly got dragged into the world of being a professional writer since it looked like squinting at a computer screen wasn’t enough for his readers.

After the first place he went to refused to print "this kind of shit", Vuorinen began to self-publish this first volume of The Hangover Diaries at a copy center in Kerava. The first edition of Totally Smashed! was a whopping 30 copies, but it opened up doors to bigger publishers, been translated into five languages and made into a film in 2012, and as of 2017, Vuorinen has sold over 2 million copies of his Finnish-language books. Olé!

Starting as a humble blogger, Juha Vuorinen’s career has produced a wavering tower of titles tinged with black humor, from mysteries to a book about Hitler’s Siamese twin sons. And it doesn’t look like it will end any time soon!

Since 2008, Juha Vuorinen has actively participated in various charities, collecting money for projects ranging from readings at children’s hospitals to work in mental health care, from fighting drugs to helping troubled youth. Furthermore, along with his numerous charity paperbacks, Vuorinen launched the motto Lukeminen tekee hyvää ("Reading Does You Good"). Vuorinen also started up a campaign to get young men to read with the heading Lukemalla saat pesää ("Reading Gets You Laid").

Click here for more on Juha Vuorinen (Currently in Finnish only)